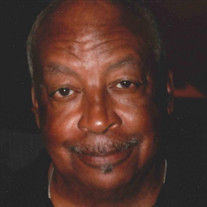 Robert Horace Mitchell was born to Sarah Parham (nee. Phelps) and Horace Mitchell in Maxeys, GA on March 9, 1942. He was the second of six children for Sarah. At the tender age of 9, he and his family moved north to Detroit, Michigan. There he developed an entrepreneurial prowess by starting his own shoeshine stand and then later delivering local newspapers where he became known affectionately as “Paper Boy.” He attended Western High School where he participated in ROTC and developed his passion to serve in the military. After high school, Robert proudly enlisted and served in the U.S. Army where his tours included Vietnam and Desert Storm. After actively serving two terms in the Army, he retired and enlisted into the U.S. Air Force Reserves as a Civil Engineer. In 2002, he retired as a Master Sergeant after 29 years of service. While serving in the military, Robert met the love of his life, Fay. Fay and Robert were married in April 1969 and from that union had four children. In the civilian world, he worked as a Relief Inspector for the USDA in Michigan. In 2001, Robert received a promotion and he and his family relocated to Perrysburg, Ohio and a few years later became members of First Presbyterian Church of Perrysburg. This promotion gave him the opportunity to travel extensively throughout Michigan and Ohio, which he loved, in addition to continuing his education at various universities including Texas A & M. He retired from the USDA after 41 faithful years of inspecting. After retiring, Robert spent his free time doing the things he loved such as gardening, fishing, reading, cooking, playing the lotto and the “one arm bandit” at the casino, watching boxing, and most of all spending time and making memories with his friends and family by traveling the world, telling corny jokes and taking tons of pictures and video recordings. On November 19, 2021, Robert transitioned peacefully while at home. Robert leaves behind his wife Fay; his children Robert (Bobby) Jr., Damion and wife JaWanda, and Gillian; grandchildren Bryce, Jalen, Kylah and Darius (DJ); siblings Barbara, Horace, and Betty Ann; and numerous friends and relatives who deeply mourn his loss. He was preceded in death by his mother and father, his son Jason, and his siblings Julia, Wylie, Ada, Jacquline, and Jerome. Friends may visit on Tuesday, November 30th from 5 – 8 p.m. at the Pye Funeral Home, 17600 Plymouth Rd., Detroit, MI 48227. Family visitation will begin at 9:30 a.m. followed by Funeral services, in the mortuary, on Wednesday, December 1st at 10:00 a.m. Burial will be at Grandlawn Cemetery in Detroit. Coyle Funeral Home and O.H. Pye Funeral home are assisting the family with arrangements. Please view and sign our online “guest registry” at CoyleFuneralHome.com

Robert Horace Mitchell was born to Sarah Parham (nee. Phelps) and Horace Mitchell in Maxeys, GA on March 9, 1942. He was the second of six children for Sarah. At the tender age of 9, he and his family moved north to Detroit, Michigan. There... View Obituary & Service Information

The family of Mr. Robert Horace Mitchell created this Life Tributes page to make it easy to share your memories.

Send flowers to the Mitchell family.