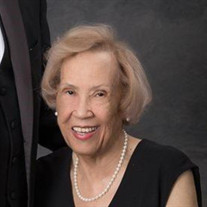 In Loving Memory Of: Mamie Lee Spralling was born on April 16, 1939 in the town of Akron in Hale County, Alabama to the parents of Mary J. and Isaiah Spralling. She is the second oldest of seven children. Mamie confessed her life to Christ at an early age and was a member of First Baptist Church in Akron, Alabama. Her early education was completed at the Hale County Training School in 1957. She attended Stillman College in Tuscaloosa, Alabama, where she decided to pursue studies as an elementary school teacher. One Sunday evening while attending church, Mamie met her future husband, Mr. Ophalandus Brasfield. He was so struck by her beauty and radiance that he declared to her that night that he would marry her. In a small and loving ceremony on December 23, 1960 in Los Angeles, California, Mamie and Ophalandus were wed. Mamie and Ophalandus became faithful members of Mount Sinai Missionary Baptist Church. After joining the church, Mamie began singing in the church choir with legendary recording artist Sam Cooke’s wife, Barbara. Mamie and Ophalandus’ intent was to return back to Los Angeles after retirement; however their ties remained in Michigan and their membership remains at Mount Sinai Baptist Church. From that union three daughters and one son were born. Mamie was a loving wife and mother. She volunteered at her childrens’ school and was an advocate for Title I funding in the early 1970s. Mamie gave nurturing care and love to all of her children and was able to see them all attend and graduate from college. She extended that same love to her two grandsons, who attribute their testimonies of life to her and that same pattern of love was illustrated to teach and educate her great granddaughters which is prevalent. Mamie lived a long and prosperous life that was enriched by loving and caring for others. Her greatest gift was the love and counsel that she gave to her family, friends and relatives. Everyone loved “Aunt Mamie”. Mamie was called home by the Lord with her family at her bedside on November 24, 2021. She leaves those for her to cherish her husband of 60 years, Ophalandus Brasfield, four loving children, Monica Audrey, Wendy Cassandra (Michael) Carrauthers, Ophalandus II, and Michelle Denise, two brothers, Isaiah Spralling (Huldah deceased), Emmitt Spralling, three sisters Lillie Wilson (W.C. deceased), Mary J. (Alphonso) Fields, Mary Ella (Tony) Johnson, sister in law Theresa Spralling, a brother in law, Robert (Dorothy) Brasfield, a sister in law, Joyce Brasfield (Adams), brother in law Julius Adams. Her two devoted grandsons, Justin Scott Brasfield, and Brandon Michael Carrauthers, two precious granddaughters, Aubree Savannah and Justice Sienna, and a special granddaughter, Alana Fields. She was preceded in death by her loving brother Lark Spralling, sister in law Henrietta Brasfield-Pickens and brother in law Clinton A. Brasfield. Mamie also leaves a host of nieces, nephews, cousins, family members, and friends, to cherish her memory. The Lord is my shepherd, I shall not want….. Psalm 23: 1 - 6

In Loving Memory Of: Mamie Lee Spralling was born on April 16, 1939 in the town of Akron in Hale County, Alabama to the parents of Mary J. and Isaiah Spralling. She is the second oldest of seven children. Mamie confessed her life to Christ... View Obituary & Service Information

The family of Mrs. Mamie Lee Brasfield created this Life Tributes page to make it easy to share your memories.

In Loving Memory Of:
Mamie Lee Spralling was born on April 16,...

Send flowers to the Brasfield family.