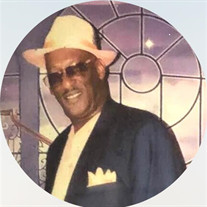 John Henry Wallace III Obituary John Henry Wallace III, 55, also affectionately known as "Johnnie," was born to the union of the late John H. Wallace Jr. and Carol Bunch Jones on January 12, 1966. He was born and raised in Dayton, Ohio, and was baptized at Mt. Carmel Missionary Baptist Church at an early age. He attended Dayton Public Schools. Later in life, he moved to Michigan to be closer to his mother. It was in Michigan that he met the love of his life, Shelly Heard. They entered into holy matrimony on November 9, 2016, in Inkster, Michigan. Johnnie held several jobs in Michigan before landing what he called "the best job he ever had" with COMAU, LLC, an international corporation in 2019. Johnnie entered into eternal rest on Saturday, Aug. 21, 2021. He is preceded in death by his grandparents, John and Essie Wallace Sr.; aunts, Beverly Harris and Nadine Martin; and a special son, Chris Skinner. He was always good with his hands and was notorious for making go-carts and breaking bikes and putting them back together with his own flair and style. It is not surprising that his love for fixing things moved to cars as soon as he learned to drive. Johnnie was known as a car fanatic and was always buying, selling, fixing, and "pimping his rides." Johnnie was a sharp dresser and enjoyed many hobbies such as cars, music, shopping, traveling, and spending time with family and friends. He was a hard worker and determined to turn his life around despite the mistakes he made in the past. Known as an "ultimate" protector, he was never afraid to "move some furniture" if he believed it was necessary. He was a giving person and was always willing to lend a helping hand. Johnnie will be deeply missed and will always be remembered as a devoted husband, being the life of the party, a lover of "everything" family, and always keeping his family laughing. He leaves to cherish his memory a devoted and loving wife, Shelly Heard-Wallace (Michigan); two sons, Quentin Jackson (Dayton) and Darius Holden (Michigan); two daughters, Marquita Hoskins (Dayton) and Keiara Heard (Michigan); sisters, Felicia Sudderth of North Carolina; Jackie Gibbs, Dana (Mark) Lenoir; Brandi and Tuesday Davidson of Dayton; and special sister and road-dog, Karen Jackson (Dayton); a loving mother-aunt, Joann Jackson (Dayton); mother-in-law, Josephine Daniel (Michigan); special aunts, Vera Haire (Dayton) and Margaret Daniel (Michigan); special cousins, Chellie (Julian), Travia (LiBasse), Terry (Sabil), Tonya all of Dayton, and Aisha of Arizona. He is also survived by 10 grandchildren, 10 nieces and nephews, a special family friend, Cynthia Rippie, and a host of other family and friends in Ohio and Michigan.

The family of Mr. John Henry Wallace, III created this Life Tributes page to make it easy to share your memories.

Send flowers to the Wallace, family.