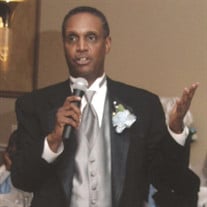 In Loving Memory Of: Donald Henry Hurt was born on April 18, 1948, in Pittsburgh, Pennsylvania to the union of Jesse and Inez Hurt. He was the oldest of two children. Donald professed his faith in Jesus Christ at a young age and was baptized at Baptist Temple Church in Pennsylvania. Donald attended George Westinghouse High School, where his love for sports took off. Donald played on the high school’s varsity basketball and baseball teams and was All-State in baseball and All League in basketball. Donald was also a good academic student and maintained a high-grade point average during his 4 years at Westinghouse. After graduating from high school in 1966, Donald received a baseball scholarship to attend Shaw University, an HBCU in Raleigh, North Carolina. Donald enjoyed his college experience at Shaw and met some of his closest friends there. During his time at Shaw University, he received All League Honors in baseball, and graduated with a Bachelor of Arts Degree in Business Administration. On April 22, 1972, Donald married the love of his life Joanne Hurt and, during that same year, moved to Detroit where they began their new life together. Donald worked as a Financial Aid Director at local colleges and universities in the metropolitan Detroit area. The job that really transformed his life and opened his ministry for showing his love for people, was in 1984 when he received a call to become the Financial Aid director at Marygrove College. During his time as the Financial Aid Director, Donald was able to help thousands of people obtain their degree, by helping them to pay their tuition from financial aid grants and stipends. During his time as Financial Aid Director, he also received 2 separate master’s degrees in human resource management and public administration. One of the things that Donald would often brag about was that his staff and friends at Marygrove were like his second family. Donald’s impact on the lives of young people extended outside of assisting students with college financial aid, as he was also known as “Coach Hurt” to many aspiring athletes. Donald loved sports and his favorite team was the Pittsburgh Steelers. His family and friends knew how his mood was going to be on game day, depending on the Steelers win or loss. Donald’s passion for sports led him to coach at many levels, from little league to high school, and he believed that every kid had the ability to reach their full potential in life. During his 40 plus years of coaching, he was able to impact thousands of lives and develop friendships that have lasted a lifetime. Donald was part of several sports organizations: Northwest Detroit Baseball League, Detroit Cougars Football League, Detroit Benedictine High School, St. Scholastica, U of D Jesuit High School, Birmingham Groves High School, and Communication and Media Arts High School. Donald coached in many capacities including baseball, football, and basketball. Donald preached the 5 P’s for success (Proper Preparation Prevents Poor Performance). While Donald loved his friends, sports, and music (The Temptations was his favorite music group), his greatest love was for his family. Donald was most proud of his sons and their accomplishments and was sure to share it with everyone he encountered. He was a wonderful father and was very intentional with making sure his sons were supported in all their endeavors. “Big Hurt,” as his sons affectionately called him, was present for all his sons’ sports games, graduations, and any other occasions that allowed him to celebrate and be with them. Big Hurt continued this support with his “favorite granddaughter” and “favorite grandson” by attending as many games and celebrations as he could. Donald was preceded in death by his parents Jesse and Inez Hurt. He leaves to cherish his memory: his wife, Joanne Hurt; two children, Shawn (Aerica) Hurt, Eric Hurt; a special nephew/son, Lamont (Kimberlee) Carter; one granddaughter, Charity Hurt; one grandson, Caleb Hurt; one sister, Priscilla (Robin) Pryor; one niece, Jessica (Aaron) Powell; one nephew, Jonathan (Kathlin) Pryor; and a host of beloved cousins, friends, and colleagues.

In Loving Memory Of: Donald Henry Hurt was born on April 18, 1948, in Pittsburgh, Pennsylvania to the union of Jesse and Inez Hurt. He was the oldest of two children. Donald professed his faith in Jesus Christ at a young age and was baptized... View Obituary & Service Information

The family of Mr. Donald Henry Hurt created this Life Tributes page to make it easy to share your memories.

Send flowers to the Hurt family.