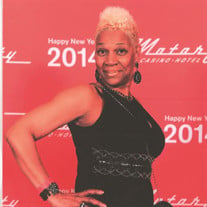 OUR BELOVED SISTER DIANA LYNN CROSBY was born on December 19, 1954, in Washington, Arkansas. She was the seventh of 10 children born to the union of the late Wyatt and Iona Crosby. Diana accepted Christ at St. Paul C.M.E Church at an early age.... View Obituary & Service Information

The family of Mrs. Diana Lynn Crosby - Crooms created this Life Tributes page to make it easy to share your memories.

OUR BELOVED SISTER DIANA LYNN CROSBY was born on December 19,...

Send flowers to the - Crooms family.