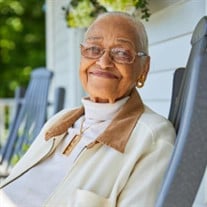 Betty Joan Harvest concluded her extraordinary life in the early hours of February 14, 2022, at the age of 86. Born on September 16, 1935, to Herbert and Thelma Truitt, Betty was an only child raised in Detroit. She would often share one of her favorite childhood memories of eating Hershey’s chocolate while traveling on the train to Chicago to visit her mother's family with her grandmother Lena. After graduating from Central High School in 1953, she attended the University of Detroit to study Business Administration. Betty married Aulric Roy in 1955 and together they had two children, Donna Renee and Aulric Herbert. Betty and Aulric owned and operated Betty’s Package Liquor in Highland Park, Michigan, which was a neighborhood staple. In 1966, Betty and Aulric were targets of strong intimidation and discrimination when a new home they were in the process of purchasing in Warren, Michigan was vandalized with racial slurs and their mortgage was renounced due to their race. They filed a complaint with the Michigan Civil Rights Commission; a case that they won and made national news. Betty and her family hosted several foreign exchange students that were attending the University of Detroit’s International Institute of Arts for over six years. Betty's partnership with Aulric both professionally and romantically ended after 24 years of marriage. Betty went on to work as a switchboard operator at Houdaille Industries, where she met Joseph (Joe) Harvest, whom she married in 1980. Together, the couple founded and operated Harvest House, Inc., a series of adult foster care facilities to support residents with mental health challenges. Betty and Joe were married 25 years before he passed in 2003. Betty was devoted to her faith. Raised Baptist, she attended her first Catholic mass with a friend when she was 16. She felt a strong sense of belonging and converted to Catholicism in 1955. Betty was an active parishioner of The Church of the Madonna in Detroit including being a founding member of the Madonna Women in Action Club, where she also served as President. She spent time organizing fundraising events for community efforts through the church’s partnership with Focus Hope and was passionate about their mission to overcome racism, poverty, and injustice through intelligent and practical action. Additionally, Betty frequently organized prayer breakfasts, retreats, and personally sponsored scholarship recipients. At the beginning of each liturgical year, Betty and Joe sponsored a breakfast for the church as well as Thanksgiving and Christmas baskets that were distributed to the community annually. Betty and Joe were both honored with the Candleperson Award in 2002, a recognition bestowed upon individuals that bring light into the world through their good works. Betty's generosity and kindness knew no bounds. Betty also enjoyed traveling the world with friends and family. She appreciated the opportunity to learn about other cultures and view the world from different perspectives. She traveled to 27 countries across five continents. Betty was predeceased by both of her husbands, Aulric Roy and Joseph Harvest as well as her partner, Charles “Chuck” Frazier. She leaves many loved ones to cherish her memory. Her children: Donna Renee Butler and Aulric “Rick” Roy. Her grandchildren: Nichole, Porsha, (and husband, Dan), and Branden; three great-grandchildren: Matthew, Christian, and Jacob; and her beloved aunt Priscilla Hood. Additionally, there are many other family members and dear friends who will miss her loving nature, her zest for life, and her generous spirit.

Betty Joan Harvest concluded her extraordinary life in the early hours of February 14, 2022, at the age of 86. Born on September 16, 1935, to Herbert and Thelma Truitt, Betty was an only child raised in Detroit. She would often share one... View Obituary & Service Information

The family of Mrs. Betty Joan Harvest created this Life Tributes page to make it easy to share your memories.

Betty Joan Harvest concluded her extraordinary life in the early...

Send flowers to the Harvest family.